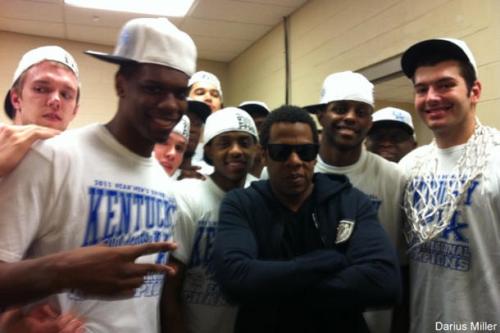 The Wildcats had a surprise guest waiting for them outside their locker room after Sunday’s victory over North Carolina.

“That in itself was a pretty nice experience to add on to (the Final Four),” guard Darius Miller told the Louisville Courier Journal. “Going to the Final Four (is bigger) by far. But still, Jay-Z. It’s crazy. This whole day has been crazy. I’m still taking it all in.”

The visit from Jay-Z was reminiscent of last year’s NCAA tournament when rapper Drake would regularly show up in the Kentucky locker room after victories. He later invited the Wildcats on stage during an offseason show in Lexington, also  leading a C-A-T-S cheer and performing the John Wall dance on stage.

The association with celebrities like Ashley Judd, Drake and LeBron James is another perk Calipari can emphasize to give Kentucky an advantage on the recruiting trail. Just like the Showtime Lakers attracted players and fans because of their ties to Hollywood, Kentucky is quickly becoming college basketball’s answer to that.

The presence of Jay-Z was certainly enough to excite freshman forward Terrence Jones on Sunday.

“I said, ‘Oh that’s Jay-Z!'” Jones told the Courier-Journal. “We all gave him a handshake and he came in the locker room, and we just kept screaming ‘Jay-Z in the locker room!’ He congratulated us, just said he was proud of us.”

Nas Feeds Families For The Holidays! 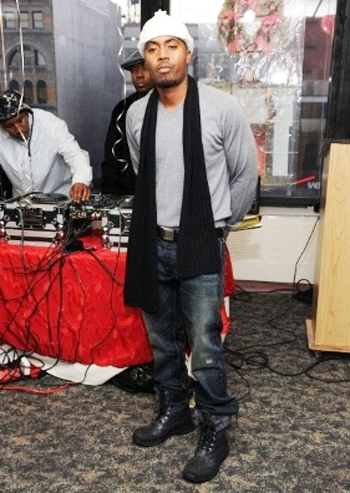 Rapper Nas attended a charity event in New York City to feed families for the holidays….

Legendary emcee Nas brought in some holiday cheer for over 250 people in Harlem at this year’s second Annual Dinner at Melba’s benefit.

The charity, hosted by restaurateur Melba Wilson, took place on December 22 to spread love to families in the community affected by HIV/AIDS. 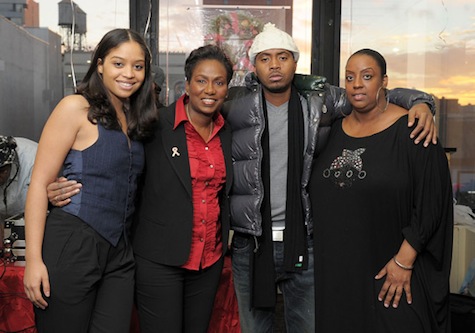 Nas, who is preparing for his second tour with reggae artist Damien Marley, seemed more than delighted to give back before heading to New Zealand in February. 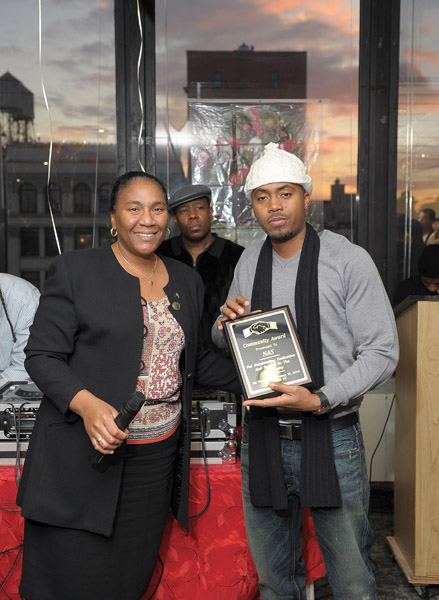 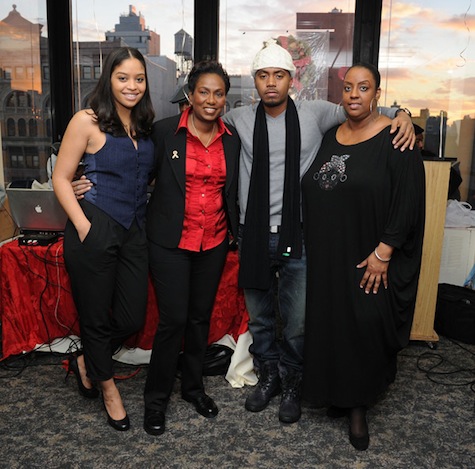 A collection of testimonials from readers and fans showing appreciation for Malice’s Wretched, Pitiful, Poor Blind & Naked vlogs. Look out for the book of the same title coming out very soon.

In Case U Missed It!

Who Is The Best Beat Maker This Year?!

End of the year lists are always a mixed bag. It’s generally somebody telling you who they think is the best singer, best actor, or who made the best album or movie.

First we’ll take a look at the men behind the boards who had the biggest impact for the year, then vote to decide the top choice.

This UK producer put his stamp on several of the biggest hits in 2010. Including “Love The Way You Lie” by Eminem, B.o.B’s “Airplanes” and Nicki Minaj’s “Massive Attack”

Lex literally had speakers going hammer from coast to coast. Dude banged out Waka Flocka’s “Hard In The Paint”, Officer Ross’ “B.M.F”, Fabolous’ “Lights Out (I Don’t See Nobody)”

This kid is becoming a mainstay on top of the charts. With songs by Eminem “Not Afraid”, Drake’s “Over”, Bun B’s “Put It Down” and Soulja Boy’s “Speakers Going Hammer”

Of course you can never exclude Swizz Beatz from this category. He’s one of the hardest working men in the business. Swizzy was behind the boards on several hits this year. Drake’s “Fancy”, “On To The Next One” by Jay-Z and “Gucci Time” by Gucci Mane.

The Louis Vuitton Don has been widely praised for his work on his album ‘My Beautiful Dark Twisted Fantasy.’ Stand out tracks include “Power” co-produced by S1, “Runaway”, “Monster” and “All Of The Lights” 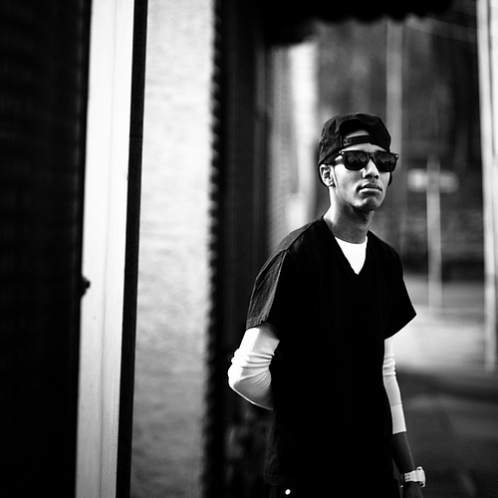 Big things are probably on the horizon for this producer after his steller work on Lloyd Banks’ ‘The Hunger For More 2’ album, as well as his work with Meek Mill and Mike Knox. Bangers include “Start It Up”, Take Em To War” and “Unexplainable”. All by Lloyd Banks.

One of the south’s premier producers. Drumma Boy did his thing in 2010. Standouts include “Lose My Mind” Young Jeezy, “Life Goes On” 8-Ball & MJG and a large part of the production work on Gucci Mane’s ‘Burr Print’ mixtapes.

People are starting to recognize just how good Khalil is. ½ of the group Self Scientific, he is also part of Dr Dre’s production team. Standout 2010 tracks include “Kush” Dr Dre, “Def Jammable” Redman, “Talking 2 Myself” and “Won’t Back Down” Eminem

Leave Ya Comments Below!

LOS ANGELES — The LAPD released images of 180 women taken by the  alleged ” Grim Sleeper” on Thursday in the hope that family or friends  will recognize them and contact authorities. In July, when Los Angeles police arrested Lonnie Franklin Jr., the man  accused of being the notorious “Grim Sleeper” serial killer, they  searched his South L.A. home for incriminating evidence and found nearly  1,000 still photographs and hours of video showing women, almost all of  them partly or completely nude and striking sexually graphic poses.

Detectives have spent months trying to identify the women to determine  whether they are alive and to learn how they came to be photographed by a  man charged with sexually assaulting and killing 10 women during a  crime spree that spanned two decades.   The attempt has proved fruitless  prompting the LAPD to release the images of 180 women in the hope that  family or friends will identify them and contact investigators.

Back in August, 57-year-old Franklin pleaded not guilty to murder charges in a downtown Los Angeles courtroom. Franklin was dressed in an orange prison jumpsuit and had his hands  shackled to his waist. The pleas were entered on his behalf by his  attorney. Franklin only spoke to answer procedural questions. About 30 family members and friends of some of the victims of the “Grim  Sleeper” attended the emotional hearing. Some were seen crying as they  left the courtroom.The retired auto mechanic was arrested at his South Los Angeles home  July 7 after DNA evidence linked him to the 10 murders.  Investigators  said they were trying to tie him to dozens more. Franklin is being held without bail. Prosecutors have not yet decided whether they’ll seek the death penalty. Superior Court Judge Hilleri G. Merrit has said the trial process could last three years.

Keyshia Cole Talks About Getting Married On The Wendy William Show!

R&B Singer Tank Getting His Freak On w/ Some Chick From The Audience!

R B Singer Tank Getting His Freak On w/ Some Ch…, posted with vodpod

Tagged as Audience, Chick, Freak, From, Getting, His, on, R B Singer Tank Getting His Freak On w/ Some Chick From The Audience, R&B, Singer, Some, the, w/, [Tank

STARS INVADE PHILLY FOR JOY TO THE WORLD FEST! 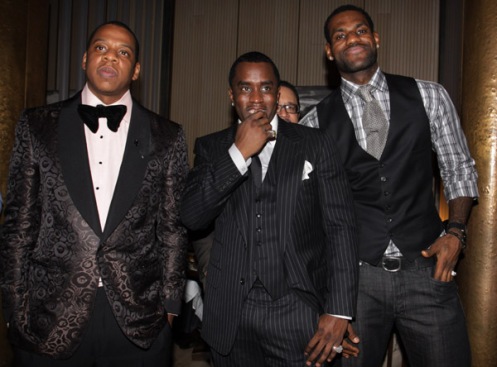 Hip-Hop mogul Sean “Diddy” Combs will be one of several rap heavy weights attending a black-tie benefit in Philadelphia this weekend to raise funds and toys for the homeless and financially challenged this holiday season. The rap star will be joined by comedian Jamie Foxx, Vivica A. Fox, Lance Gross, Jermaine Dupri and others, as part of the first annual Joy to the World Festival taking place from December 16th-19th.

Highschool Kids Boxing In The Locker Room!, posted with vodpod 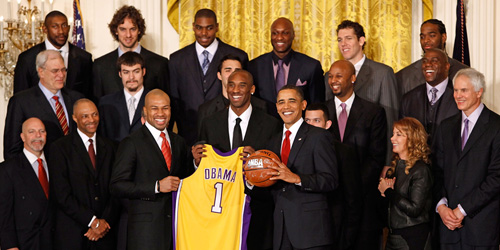 President Barack Obama will honor the NBA champion Los Angeles Lakers next week. It’s not clear, though, that the basketball-loving president will shoot hoops with Kobe Bryant and his teammates.

Young Jeezy Gets Arrested In The Bahamas!

Luckily he was released in time to still hit the stage for his scheduled show.

The officer in charge at the station Jeezy was taken into says – “He we here with us a short while, he passed through the station briefly on Saturday. He was booked in here and taken to CDU (Central Detective Unit)”

There are no details as to why exactly Jeezy was arrested but the one thing that is known is that is stems from an incident that occured before his show in New Providence.

Young Jeezy‘s manager, Demetrius Ellerbee, has denied a report that the rapper was arrested in the Bahamas on Saturday.

According to Bahamian newspaper The Tribune, Jeezy was on his way to a show in an area of the island called New Providence when he was arrested by local officials. While the reason for his arrest was not specified, the paper says the rapper wasn’t held for very long.

“He was here with us a short while. He passed through the station briefly on Saturday,” said Superintendent Ashton Greenslade, an officer at the Wulff Road station. “He was booked in here and taken to CDU (Central Detective Unit).”

A Tribune source surmised that the Atlanta MC was simply “in the wrong place at the wrong time.”

Rocsi From 106 & Park Rushed To The Hospital!

Rocsi from 106 & Park was recently rushed to the hospital after she tripped on her 4 inch heels around the backstage area Check out the pics below.

Apparently, Rocsi twisted her ankle, but she should be fine. Get well soon Rocsi! 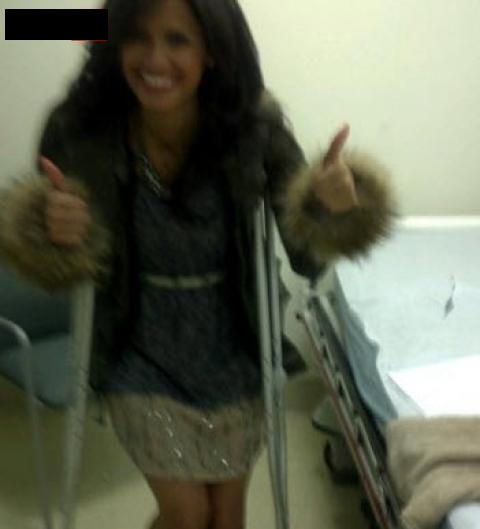