Curtis Baldwin was a teenage heartthrob in the late 80′s starring as “Calvin” in the popular series “227″ as Regina King’s first love alongside Marla Gibbs and Hal Williams.

Curtis also moonlighted as an MC assisting his homeboy Christopher Williams on the hit “Talk To Myself.”

Peep what Curtis has been up to:

Tagged as Remember Calvin From ’227′

A Virginia Denny’s employee was charged with two felonies, after he admitted to spiking his co-workers beverages with bleach.

Virginia resident Jermaine Johnson was a cook at a Spotsylvania County Denny’s restaurant. He was spotted by his co-workers hanging around their wait station a few times last Tuesday, which was not permitted since he was not a waiter. When asked why he was at the station, he professed to be cleaning even though it wasn’t a part of his duties.

Johnson is accused of pouring a bleach solution in to the coffee of a waitress and in to the soda of a waiter. The victims reportedly sipped from their drinks in between breakfast orders. The concoctions did leave a bad taste in the victim’s mouths, according to police.

Authorities say Johnson pointed the finger at himself and admitted to intentionally tampering with the beverages. As to why the apparently disturbed young man did the unsavory deed has police and Denny’s employees baffled. There was no bad blood between Johnson and his victims. “I don’t know if he thought it was a prank or a joke; sometimes you don’t play around,” said Omar Faraj, who manages the restaurant.

As for the two employees who sipped the tainted drinks, they are said to be doing fine.

Prank or not, Johnson is being held without bond on two felony counts of altering a drink with intent to harm. If convicted, he could face up to a year in jail for each charge.

Wyclef Jean says he hasn’t made a
definite decision about running for
president in his native Haiti, but
he took a huge step toward making a
bid for higher office on Thursday.
Jean, who said he is qualified to
run for Haiti’s highest office, was
in Haiti to work with lawyers and
have his fingerprints taken by the
judicial police as part of the
legal process of preparing to run
for president.

Tagged as WYCLEF TAKING STEPS FOR PRESIDENTAL RUN IN HAITI 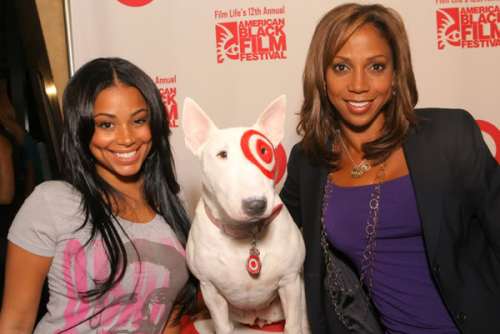 Lauren London has been tapped to
host an event honoring women in the
entertainment industry this
September. London, who is the
mother of one of rapper Lil Wayne’s
children, will host the 2nd annual
WEEN Awards (Women in Entertainment
Empowerment Network) on September
2nd in New York. The swanky, invite-
only affair will honor CNN’s
Soledad O’Brien, Hot 97’s Angie
Martinez, Nia Long, Letoya Luckett,
Hydeia Broadbent and Esther-Silver
Parker.

Behind The Scenes: Jadakiss & Styles P – “Top 5 Dead Or Alive”

Tagged as Behind The Scenes, Jadakiss, Styles P., Top 5 Dead Or Alive

Steve Rifkind: “I’m Not The Type To Sit & Accept A Paycheck…I Need To Be Rich”

Steve Rifkind: “I’m Not The Type To Sit & Accep…, posted with vodpod

Tagged as Steve Rifkind: "I'm Not The Type To Sit & Accept A Paycheck...I Need To Be Rich"

50 Cent On The Jimmy Fallon Show

50 Cent On The Jimmy Fallon Show, posted with vodpod

Tagged as 50 Cent On The Jimmy Fallon Show

Behind The Scenes: Eminem “Recovery” Album Cove…, posted with vodpod

Tagged as Behind The Scenes: Eminem “Recovery” Album Cover Shoot

You can scratch Freddie Gibbs name off out of the skinny jeans, mohawk wearing, making up lies on records mc list.

The Gary, Indiana native and member of 2010 XXL’s Freshman Class is here to bring that realness back. He just dropped his banging new mixtape ‘Str8 Killa No Filla‘ this week. And is in full grind mode as he gears up for his album ‘The Devil’s Palace‘ which will be produced by The Alchemist.

Gibbs raised a few eyebrows when he recently tweeted, “who are you? Rick Ross, Big Meech or Larry Hoover? the rap game is like halloween every day.”

He talked to Complex recently and clarified what he meant.

“That’s real, man. That dude makes good records, but I just can’t support no bold-faced lying on records. I guess he’s entertaining people. It’s like a movie, like Scarface. He can have that fake lane. I’ll stay in the real lane. We got a non-fiction lane of rap, that’s how I’m looking at it now. So you got that fiction lane over there where they’re doing all them. I do the non-fiction, the autobiography, the real shit. It’s all good. Shit like that just make it easier for me to stand out, and easier for me to put my work in to be highly respected. I’ll never ever fabricate nothing or act like I’m something that I’m not or try to be another nigga. I can’t do that. I just think you gotta respect the streets and respect this Midwest culture. I mean you can’t really trip on him yelling names out. This the same dude that told you he knew Noriega when he first came out, so…

Rap’s so fucking watered down right now, you can be a motherfucking C.O., you can kiss a nigga, and as long as you making good music, these niggas don’t give a fuck. With me I’ma make good music, be a man of my word, and live how I’m rapping. It’s a fine line between artistry and authenticity, and I just think that I just combine all of that, and everybody can’t do that. It definitely makes it difficult from a mainstream-radio standpoint, but I can care less. That’s only because these dudes have those machines behind them and those marketing dollars behind them to dress their fake shit up. But I’m not trying to fabricate nothing or dress nothing up to be something that it’s not. I ain’t a nigga with no furs, but I’ve sold a lot of crack. A lot of pills. But I wasn’t that nigga like that. It seem like all these niggas in the rap game trying to tell the boss story when 90% of these niggas was never the boss. I was never no coke boss of my neighborhood. I was a shooter, a corner boy. So that’s the perspective I gotta tell you from. I can’t tell you that perspective with no nigga that live in those million-dollar houses, I ain’t never had that.”

Gibbs is no fan of the most obnoxious DJ ever either. In another Tweet he wrote “much love to all the real DJs in the game. To all the ones that be tryin to rap and be diddy eat a dick.”

He clarified that statement also:

I mean it was just a general thing. I wasn’t angry at nobody. Specifically I was talking about DJ Khaled, if people wanna know. I don’t like what he’s doing rapping on records and shit like that, but you know, to each his own. I’m not taking away nothing that he did in the game or the success that he’s had, ’cause he’s done his thing and made bread, but I just think that so many niggas are making a mockery of this rap game right now. It’s like, real MCs doing they thang, putting this real shit down, real lyrics, and can’t get breathing room ’cause you got fuck shit like that. I think that shit is garbage. I don’t like what that shit stand for

He got his position, though. DJ Khaled ain’t a rapper. Don’t matter if you nice or not. Play your role, play your position. No way that nigga can be nice, listen to his fucking voice. [Laughs.] He a DJ. He do his thing. Scream on your records. Say “nigga” and all that shit you like to say. I’m surprised motherfuckers ain’t check him for that. Clowns like that in the game I don’t really pay attention to. I respect his success, and the way he did what he did to make his paper, but I don’t respect his art none whatsoever