Road To Brooklyn: Down By The Yards

In the premiere episode of ROAD TO BROOKLYN, JAY Z’s Life+Times looks at how the Barclays Center arena and new home of the Brooklyn Nets arena came to become a fixture in the borough.

50 Cent Speaks On His New Album!

Beanie Sigel Speaks On The State Of Hip Hop!

Beanie Sigel Speaks On The State Of Hip Hop!, posted with vodpod

Jay-Z From “Marcy To Barclays” Commercial

The first ever Rocawear commercial is a retrospective of Shawn “Jay-Z” Carter’s journey as a kid growing up in the humble projects of Brooklyn aspiring to make music and eventually making history. On that journey, the first business beyond music was the birth of Rocawear. Carter’s Rocawear brand represents his prowess as a business man who continues to challenge himself to be more than merely a musician.

Behind The Scenes: Fabolous – “She Did It” 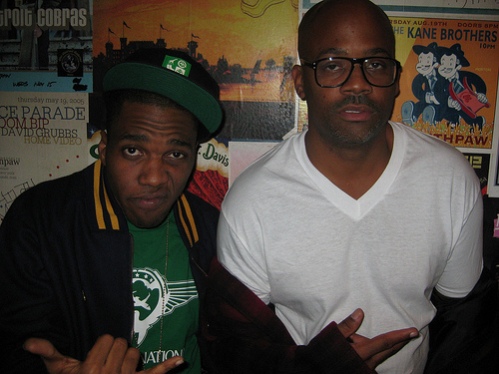 Curren$y is suing Damon Dash for $1.5 million claiming he released his music without permission.
Curren$y claims Dash released two of his albums in 2010 — but the two still couldn’t reach an agreement … so Curren$y signed with Warner Bros. in January 2011.

But according to the lawsuit, Damon was unmoved — and CONTINUED to release Curren$y’s music despite the new WB contract, which gave WB exclusive rights to Curren$y’s jams.

Now, Curren$y is demanding the producer quit profiting off him in any way. Curren$y also wants $1.5 million in damages.

But Damon fired back at the accusations with his own response — claiming, he has the right to release the albums in question because he was given permission. What’s more — Damon says Curren$y stabbed him in the back, reneging on his agreement with Damon and signing with WB instead.