Tony Yayo and LLoyd Banks Go to P.S. 48 in Queens and Give Away Free School Supplies To Kids

While the media likes to focus on all the negative things surrounded with G-Unit, the media never showcases or highlight all the positive things that G-Unit and the G-Unity Foundation do for kids all across the country. On September 11, 2009, G-Unit’s own Tony Yayo and Lloyd Banks went to P.S. 48 in their old Queens neighborhood and gave out school supplies and advice to all the children. Principal Mitchell from P.S. 48 was very pleased and honored that G-Unit would come down to her school and provide some positive insight for the young future generation.

Tagged as Tony Yayo and LLoyd Banks Go to P.S. 48 in Queens and Give Away Free School Supplies To Kids 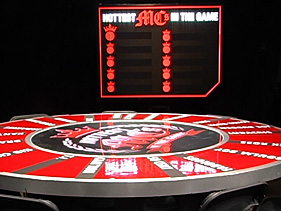 50 Cent has always been a lightning rod for controversy, so when the MTV News Hip-Hop Brain Trust put Fif at #9 on the Hottest MCs in the Game list, the fans immediately wrote in with passionate responses.

Diadem wrote in, saying, “Well, I knew this list was going to be askew, but I wasn’t expecting for it to be this irrational. And to say that only people in New York know 50 Cent’s music is laughable, seeing how he will be the only real global icon on the list. Everyone knows 50 Cent is huge worldwide, so I would think for sure a production assistant for MTV News would actually be knowledgeable of that. I think MTV needs to re-evaluate their ‘trusty roundtable’ before they start evaluating a Hottest MC list. And all I know is Rick Ross, Game and Joe Budden better not be on this list then.”

Ibzdn was even more heated when assessing 50’s ranking this year. “This is almost worse than that Vibe Best Rapper scam. #9 is some BS. The title is ‘Hottest MCs in the Game,’ meaning right now, today, as we speak. Then 50 should be #1, 2 or 3 with Em and Jay ahead, or maybe with the buzz of Drake at #4. No album since September 11, 2007, and he’s still relevant, still making hits (‘Get Up,’ ‘I Get It In,’ ‘OK, You’re Right,’ ‘Flight 187,’ ‘Baby by Me’). Two more classic mixtapes (War Angel, Forever King). He did some features. The main thing is, he’s relevant without an album.

“The [Brain Trust’s] excuse is he didn’t drop an album,” the reader continued. “What’s gonna be the excuse when he does drop Before I Self Destruct? The drought of hardcore, gangsta rap will be over. I’m tired of all this lollipop and sunshine music. We in a recession. 50 is gonna give us something to listen to when we out hittin’ a lick, ya feel me?”

Geoff was steaming mad. “This is absolutely ridiculous!” he wrote. “How in the hell can 50 be at #9? How the hell can you put him lower than top three? This list is bullsh–. None of the judges clearly have a clue and clearly haven’t listened to any of his latest mixtapes. 50’s back to his best!!”

Although some fans didn’t agree with the ninth slot, they weren’t quite as harsh on the Brain Trust. “I am the biggest 50 Cent fan, but in my heart, I knew that he should not have been in the top five,” Ilovemusic wrote. “Those spots belong to Jay-Z, Drake, Lil Wayne, Kanye and Eminem (in no particular order). I don’t think 50 should have been #9 though. Without seeing who #6, 7 or 8 is, I know 50 is more relevant than them. Both of his mixtapes are better than mostly anything anyone put out on this list. But let’s be real: For the past two years that the list has been out, nobody is happy with the outcome. 50 should have been #6.”

“I’m happy. There are several MCs hotter than 50 right now,” reader Boski said. “He probably should’ve been sixth or seventh, though.”

Fiddy stopped by the Angie Martinez show this afternoon to talk about his 50 fest concert in NYC, and of course address the hoopla of Jay-z saying “no one is scared of 50 cent”. Fif’s like that one kid in class who you’d always hope would saying something crazy and disturb the status quo, Kanye wasnt left out either.

Tagged as 50 Cent: "Jay-Z The Coolest Punk In Hip Hop" 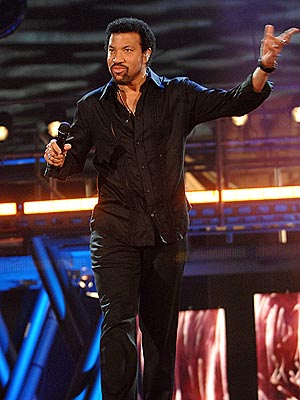 The First Lady will help kick off
the 40th year of “Sesame Street”
with an appearance on the Nov. 10
season premiere.

After the MTV Video Music Awards on September 13th, it has been rumors swarming that the singers moved to Rihanna’s hotel room, where they had a steamy, private after party.

“They tried to keep it a secret, but Jessica found out within days,” a source dishes. Justin’s three-year relationship with Jessica seems to have hit its climax and dwindled down.

“Rihanna and Justin have been talking and texting on the phone nonstop since the VMAs,” a source spilled to Star. But before Rihanna completely falls into the attraction, she wants to be sure she is not his side item. A friend says, “She asked him on the phone, ‘Are you still with Jessica?’ And he hinted that things were cooling off between them.”

As I reported recently, the two are working on Rihanna’s new album.

“One time, Justin was joking about strippers. He said she needed to entertain him like that.” So Rihanna gave him an impromptu lap dance. “She likes to test the boundaries.”

Justin has made it apparent that he is into Rihanna, and she equally feels the attraction, says a source. “She is a total tease and loves flirting with him. She digs him and wants to date him too!”

Tagged as Justin and Rihanna Hookin' Up?

Rappers Ludacris and T.I. have each donated $10,000 to help the victims of flooding in their hometown of Atlanta, Georgia. The city was hit by freak weather conditions last week (begs21Sep09), leaving 10 people dead and devastating more than 400 homes.
The storms caused an estimated $61 million in damages – and the two hip-hop stars have been moved to lend financial support.
The Ludacris Foundation has teamed up with Home Depot and Sam’s Club to help the victims of the Atlanta floods and, as well as the $20,000 personal donation from the rappers, the charity is planning a food bank event and a gift card giveaway.

Tagged as Ludacris And T.I Each Donate $10K To Help Atlanta Flood Victims

Is it me? or is this a great example of poor promotion and jacked up management? Well, little do we know, Mariah Carey’s Album Memoirs of an Imperfect Angel along with her Fragrance Forever hit stores yesterday. Usually when Ms. MiMi has a project about to hit retail, her single radio spins are through the roof; however, it did not happen that way this time around. Yesterday, she visited the today’s show to talk about her project; pop the hood to check out the Video..

Hip-Hop will be represented during the Nobel Peace Prize Concert this year in Oslo, Norway.

Rapper/actor Will Smith will host The Nobel Peace Prize Concert this year with his wife and actress, Jada Pinkett Smith, while Wyclef Jean will be one of the feature performers.

“The opportunity to recognise the laureate’s contributions to the world peace movement will be an awe-inspiring experience – we are both humbled and honoured to take part in the Nobel Peace Prize Concert this year,” The Smiths said in a joint statement released to media today (September 29).

Other performers include Toby Keith, Donna Summer, Luis Fonsi and Amadou and Mariam.

According to reports, US President Barack Obama and French President Nicolas Sarkozy were among the record 205 nominees this year.

The Peace Prize was created by dynamite inventor Alfred Nobel.

Tagged as Will Smith And Jada Pinkett Smith To Co-Host This Year's Nobel Peace Prize Concert. Wyclef Jean To Perform

Rapper Bump J was sentenced to 10 years in prison Tuesday (Sept. 29) after admitting to guilt in a 2007 local bank robbery in August.

The artist, real name Terrence Boykin, received the minimum sentence for both charges, according to Chicago Hip-Hop blog Fake Shore Drive. The Chicago native will serve seven years for an illegal gun and 37 months for the bank robbery.

The jail terms will be served consecutively, and the rapper will also get credit for the time he has already served in jail.

In November 2008, the former Atlantic Recordsartist was arrested during a routine traffic stop in Carbondale, Illinois, about two hours east of St. Louis, Missouri.

He was charged as one of two gunmen suspected of robbing a Chicago Chase Bank on January 4, 2007.

The robbery, during which no one was injured, was captured on a surveillance camera.

At the end of his sentence Bump J will be eligible for placement in a halfway house.

“Alright, so let’s talk about this Jay shit
Somedays I wish that I ain’t never say shit
And Diddy said, ain’t no excuse for what I did
But I felt like he was knocking the same shit that feeds my kids
I do music cause I need it to make my world spin
So when you down it, it’s like you dissin’ my girlfriend
And Jay one of the only niggas I hear bringin’ it
So I didn’t think that he would even entertain the shit
Cause entertainment is see through
But if you really feel like I’m dead, then nigga me too
I ain’t tryna write you’re rhymes
But you coulda skipped one DJ and all you had to say was ‘T-Pain, we cool’
But by all means don’t take this as a diss or hatin’
I just wanna explain my side of the situation
So if you knew just how much respect that I had
You’d know that I’m a real nigga when I say, my bad.”

ONYX IS GETTING AT DAME DASH! 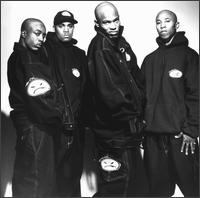 Now, this could be innocent, but that doesn’t matter to Onyx! In an interview with Angela Yee, they went off on Dame and his rock group Black Rock. Why? For sometime now, they have announced a rock project called Black Rock. LOL! Here is what they said:

Here is the vid of Onyx’s project!

Tagged as ONYX IS GETTING AT DAME DASH!

My homeboy hit me up and let me know something about the Dub car show down in Miami. I heard Nick Cannon saw my homey, who was there with a very beautiful girl, and my homey gave Nick props (for all that he’s done in life). And, Nick looked at his girl and said, “No, man…props to YOU.” HAHA! Nick’s not blind! Anyway, that’s not even the rumor. I heard that Nick and Rick Ross linked up. I heard there was quite a bit of guffawing about Eminem, since Nick doesn’t care for Em and Ross tried to battle him. I heard there were some competitors of Ross there, but no drama popped off. Nick and Ross reportedly swapped numbers so maybe they do some work together. 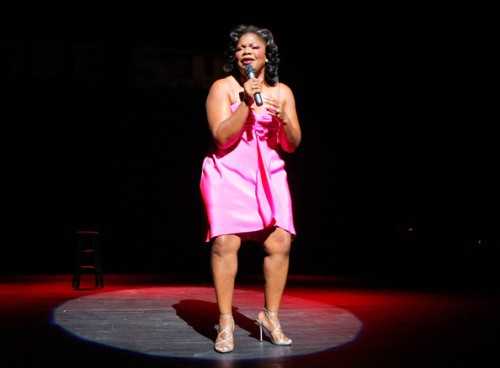 Mo’Nique, the comedian, took to Twitter to diss Keri Hilson. I wonder why? I’m not really sure why, because, as far as I can see, Keri is just doing her thing. Maybe, it is the notion that Keri had an issue with Beyonce. I don’t know, but the folly is below. “I like that Keri Wilson girl…she remind me of a fake ciara im just saying…I no damn well that skinny bird looking b*tch didn’t [mean] what she say suga…Keri wilson fcuked up Beyonce is My girl…How that b*tch gon hate on Beyonce Ms. Wilson get it together…Wilson, Hilson hell i dont give a damn!…Suga as i said im not a hater but if you have the guts to hate on anotha sis. yo ass need to be checked and thats real talk.”