L.A. Bank Robbers Throw Money Out Of A Car During Police Chase!

5 Killed In Crash In City Of Ontario, CA After Drunk Driver Tweets “Drunk As F**k…YOLO”

By now, we all know we’re not supposed to drink and drive — it’s one of the most important lessons before getting behind the wheel. Likewise, we know we’re not supposed to text and drive. So really, it shouldn’t come as any surprise that a combination of the two — being drunk behind the wheel and tweeting about it as it happens — contributed to a fatal car crash this weekend in California. 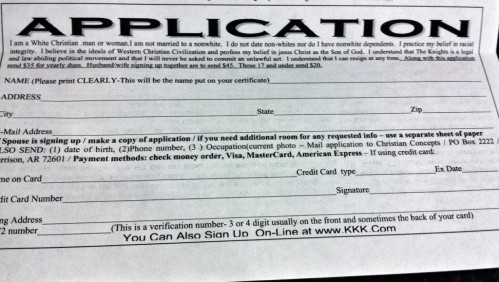 Voice Experts Say That Was Trayvon Martin Screaming For Help On The 911 Tape!

According to TMZ, DMX owes $1 million in back child support. But that’s only part of the story. Turns out that since X, born Earl Simmons, owes so much money in child support, he has to ask the court for permission to obtain a passport and leave the country. The Yonkers rapper filed a motion with the LA Superior Court for permission to perform out in Europe. However, X’s alleged baby momma, Patricia Trejo, was in court Thursday (February 16) arguing against the motion, claiming X hasn’t paid child support in 10 years

According to TMZ, Storch was arrested after attempting to conceal a bag of cocaine in a trash can at the Cosmopolitan Hotel in Las Vegas back on February 4th. The police report states that the arresting officer located the bag after receiving a tip from hotel security and discovered that it contained 2.7 grams of coke.

The NATO-led security force in Afghanistan on Thursday condemned the behavior of military personnel seen in a video apparently urinating on the corpses of Taliban fighters, and said the personnel are no longer serving there.  “This disrespectful act is inexplicable and not in keeping with the high moral standards we expect of coalition forces,” the International Security Assistance Force said a statement.

The ISAF said the actions “appear to have been conducted by a small group of U.S. individuals, who apparently are no longer serving in Afghanistan.” The statement did not identify the personnel or explain why the ISAF thought they had left the country.

Snoop was travelling in his tour bus when it was stopped by border patrol officials in Sierra Blanca, TX. A drug sniffing dog was part of the inspection and alerted officials of something sticky icky in a trash basket in the back of the bus. Upon closer inspection, the authorities found Snoop’s stash–a prescription bottle with a few joints inside.

The “I Wanna Rock” rapper, who has a prescription for medical marijuana in Califiornia, admitted the weed was his and was cited for misdemeanor drug possession before his release. If convicted, Snoop could face up to six months in jail.