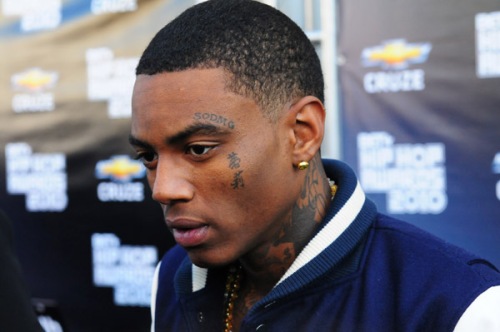 Earlier today, rapper Soulja Boy revealed via Twitter that he is mourning the loss of his younger brother who apparently just passed away.

As of press time details are scarce but Soulja tweeted this from his official Twitter account this morning,

“at home crying my eyes out I cant believe my Lil bro is gone…today is not my day.. RIP lil brother love you always

The Atlanta rapper later retweeted a condolence message from @CEOMiamiMike confirming his sibling’s death from an auto accident.

“The Flags @ Half Staff @ the Offices of SODMG & PTE, RIP to @SouljaBoy little brother who passed-way in a auto crash last night

A collection of testimonials from readers and fans showing appreciation for Malice’s Wretched, Pitiful, Poor Blind & Naked vlogs. Look out for the book of the same title coming out very soon.

In Case U Missed It!

DIDDYS BLOCK PART 2 AKA “WALK THIS WAY”, posted with vodpod

Jay-Z Talks About Shooting His Own Brother When He Was 12 Years Old!

In an interview with the UK Guardian, Jay-Z admits at least one of the scenarios is %100 fact. At the age of 12, he shot his crack addicted older brother over a stolen ring.

“I thought my life was over. I thought I’d go to jail for ever.” Hov said “It was terrible. I was a boy, a child. I was terrified.”

Luckily the bullet hit his brother in the shoulder and wasn’t a life threatening wound. When Hov visited him in the hospital, his brother apologized for stealing the ring and didn’t press charges against him.

In the interview Jay goes on to describe how prevalent guns were at that time in his neighborhood of Brooklyn, New York. A problem that has only gotten worse in every hood across America.

“Guns were everywhere. You didn’t have to go far to get one. Just everywhere,” he said. “Guns were around every day. There were shootouts, but I never shot anyone else. Most people in shootouts don’t get shot.”

Jigga claims he was shot at three times, but never hit. “It’s like there was some rogue angel watching over us,” he said.