Former Penn State football coach has been arrested again after two additional boys came forward to say he was having sex with them. This makes 10 people to come forward. SMH…

A former McDonald’s worker has been arraigned on assault and weapons possession charges after he was caught on amateur video beating two customers who jumped the counter. One woman’s skull was fractured and her arm was broken while the other was cut. McIntosh was previously convicted of manslaughter and is currently being held on $40,000 bond for the latest incident.
Full Story: NY1

‪Woman Cuts Off Husbands Penis & Throws It In Garbage Disposal!‬‏

‪Woman Cuts Off Husbands Penis & Throws It In G…, posted with vodpod

GARDEN GROVE, Calif. (KTLA) — A woman is under arrest after police say she drugged her husband, cut off his penis and threw it into the garbage disposal.

Katt Williams Wildin’ Out On Stage In Albuquerque,New Mexico!

Katt Williams Wildin’ Out On Stage In Albuquerq…, posted with vodpod

Teyana Taylor will not have to face assault charges in the in-studio beat down she allegedly gave another woman in April.

According to reports the former “My Sweet Sixteen Star” claimed self-defense in the brawl and without sufficient eyewitness testimony police were forced to close the case.

In April Teyana Taylor was the suspect in an assault that occurred in a Los Angeles studio.

Despicable Apathy | Violence in another Mc Dona…, posted with vodpod

A video of a vicious beating at a Baltimore County McDonald’s restaurant went viral Friday, garnering hundreds of thousands of views on websites and prompting the fast-food giant to issue a statement condemning the incident.

The video shows two women — one of them a 14-year-old girl — repeatedly kicking and punching the 22-year-old victim in the head, as an employee of the Rosedale restaurant and a patron try to intervene. Others can be heard laughing, and men are seen standing idly by.

Toward the end of the video, one of the suspects lands a punishing blow to the victim’s head, and she appears to have a seizure. A man’s voice tells the women to run because police are coming.

According to the lawsuit obtained by TMZ, Sorel cites pain, emotional distress, humiliation, mental anguish and loss of capacity for enjoyment of life. And then there’s the medical bills and loss of earnings.

A video of the incident showing James slapping Sorel before taking a fall onto the pavement.
The video also seemed to show however Sorel being the aggressor in the attack as he walked menacingly toward the basketball star’s mother.

Despite the video, Sorel has filed a $15,000 lawsuit against Gloria James.

LeBron James Speaks On His Mother’s Arrest!, posted with vodpod

Parking Valet On Lebron James Mother Slapping Him On THe Face!

Tampa Bay Bucs Cornerback Aqib Talib Turns Himself In For Firing A Gun At His Sister’s Boyfriend! 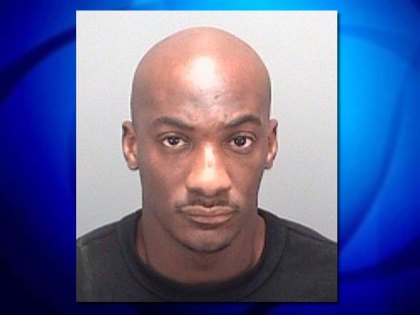 GARLAND, Texas — Police in a Dallas suburb say Tampa Bay Buccaneers cornerback Aqib Talib has turned himself in on a warrant accusing him of firing a gun at his sister’s boyfriend. Garland police said Talib was released after posting a $25,000 bond Wednesday. Police say they believe Talib and his mother, Okolo Talib, shot at the man March 21. The man was not injured. Authorities had issued arrest warrants for aggravated assault with a deadly weapon for Talib and his mother. 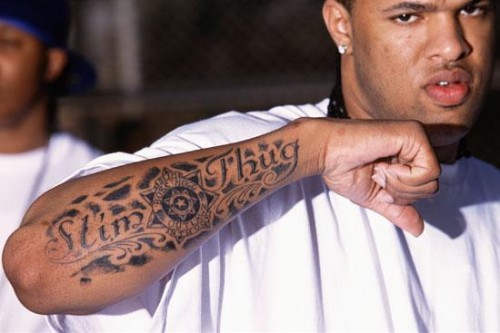 Slim Thug is being sued by a man who claims the rapper pistol whipped him during a business meeting. The lawsuit filed against the hip-hop star allege he was suddenly and without warning struck in the face with a pistol, then Slim Thug ordered his associates to take his money.

Da Brat Is Finally Home After Serving 3 Years For Assault!

Da Brat was sentenced in 2007 to 3 years on an assault charge. She was released to a work release program in May of last year, and now she is officially finished with the sentence. Via Jermaine Dupree’s Twitter, he wrote, “Happy day for me and all SO SO DEF fans,Da BRAT is finally home” !! Wecome back, Brat! ﻿

Rapper Fabolous is being sued over allegations he attacked a restaurant worker in Atlanta. A lawsuit was filed by a busboy who claims the hip-hop star and an unnamed acquaintance struck him as he cleaned their table.

G-Unit’s Lloyd Banks is being held by police in Kitchener, Ontario, Canada, on assault and robbery charges after an incident involving a local promoter on Friday night. Authorities say that Banks and three others assaulted the promoter after the G-Unit member performed at Club NV in nearby Brantford late Friday night.

Sergeant Brad Finucan of the Waterloo Regional Police’s Criminal Investigations branch told MTV News on Sunday (January 10) that Banks (real name: Christopher Lloyd) and three associates got into a dispute with the promoter at a local hotel over payment for performance and an appearance fee. The promoter’s name was withheld by police.

The promoter alleged that early Saturday morning the lyricist and three associates held him in his hotel room against his will, assaulted and robbed him. All four men were charged with forceful confinement, aggravated assault and robbery. The four made a video court appearance on Sunday afternoon (January 10) and are due to appear in court again early this week. They remained in police custody at press time.

Stay tuned as the story develops

Tagged as ARRESTED...., ASSAULT, Canada, For, in, LLOYD BANKS