RZA – “Shock Me”, posted with vodpod

RZA Speaks About His New Role On ‘Californication’

RZA RZA Speaks About His New Role On ‘Californi…, posted with vodpod

Wu-Tang’s RZA has partnered  with Charisma Apps to release  the worldwide release of RZA’s World App.

It is the most comprehensive, entertainment app on the market boasting an epic library of original content only accessible through the app.

Method Man No Longer Wants To Be Tied To Weed! 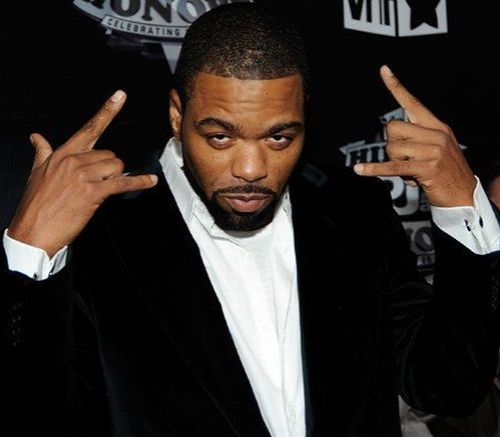 The Wu Tang clan member sat down for an interview with VIBE to discuss why he longer wants to be known for his weed rhymes.

Speaking to the mag he says his children were a large part of his decision.

“I”don’t want that every time you hear Method Man’s name you associate it with getting high or marijuana because there’s so much more to me than that. I’m not actually distancing myself from my marijuana culture people but it’s not in the forefront anymore. I got kids to raise, man. Plus it was never really that bad. It gets comes to a point where no matter where you go they’re always thinking you’re high. And I’m not always high. I mean right now I’m sober as a priest.”

Despite his claims of wanting dissasociation, Meth is currently on The Smoker’s Club Tour with Curren$y and Big K.R.I.T.

Despite that Meth still says he wants an identity outside of weed unlike Wiz Khalifa and some of his other counterparts that Meth gladly gives props to.

“Wiz is going way out there with it. I applaud that cat big time too because he’s doing it his way and it’s his time now. Let him ride,” says Method Man. “It’s always going to be there whether it’s Wiz or Method Man or Redman, Big K.R.I.T. whoever. It’s always just going to be there. It’s recreational, baby. Do you know how many closeted weed smokers there are? They’re going to be coming out of the closet like gay men. I’m serious. Then we’re going to have these marches like the gay community did.”

Method Man Says He Would Like To Work w/ Tyler The Creator!

Method Man Says He Would Like To Work w/ Tyler …, posted with vodpod

On a new edition of NBC NiteCap, Peter Bailey speaks with Raekwon on his upcoming movie “Cream”; which is based on his own life story , and his personal business ventures with his new media company 3783, as well as signing new artists to his record label.