Tag Archives: Who Will Be Hip-Hop 1st Billionaire?

Who Will Be Hip-Hop 1st Billionaire? 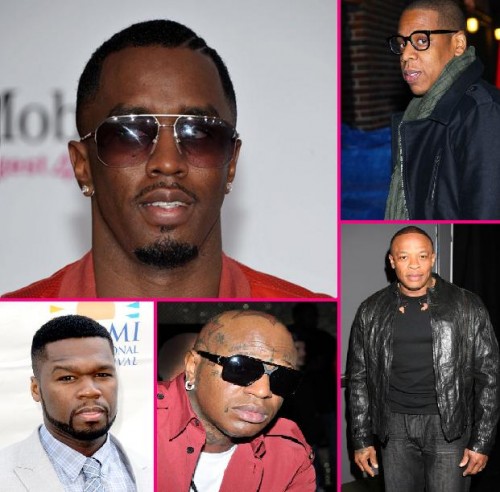 With a net worth of around $550 million, Diddy has been picked by Forbes as the front runner to become hip-hop’s first billionaire.

Birdman thinks he will beat Diddy to the Forbes 400 list.

“I think Young Money Cash Money would be the first billion-dollar brand in hip-hop,” said Birdman in an email message to Forbes. “We strong and growing every day as a brand and fast. Within the next few years we will be billionaires.”

Meanwhile 50 Cent sees Hov as his main competition. He told Forbes’ Zack O’Malley Greenburg, that he and Jay-Z use each other for motivation.

50 did concede that Jigga has an unfair advantage.

Who do you think will get to a billion first?