Girl Gets Knocked Out By Dude After Swingin On 10 Dudes In South Beach!

Girl Gets Knocked Out By Dude After Swingin On …, posted with vodpod

Tagged as 10 Dudes, After, ARTS, business, by, dude, Gets, Girl, Girl Gets Knocked Out By Dude After Swingin On 10 Dudes In South Beach, Knocked, on, Organizations, Out!, Recreation, South Beach, Spree, Squee, Swingin, Video, vodpod

Subway Manager Pulls Out A Knife On A Homosexual Customer After Denying Him Sandwiches!

Subway Manager Pulls Out A Knife On A Homosexua…, posted with vodpod

Beyonce Gives Tips On Keeping Your Man Attracted & Scientist Figure Out How To Have The Perfect Relationship! 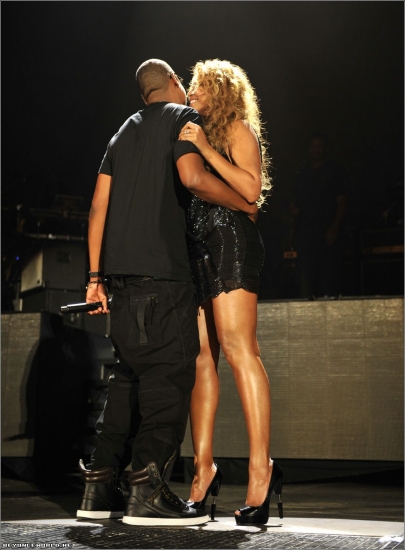 Beyonce likes to where sexy stilettos with a beautiful dress.

Beyonce recently explained that she likes to put on stilettos for her husband, Jay-Z. In the latest issue of Cosmopolitan, she even gives a few pointers such as put on ‘good’ music and make sure to ‘mix it up’ so that you can “be the woman he knows with a little bit of a twist.”

She also says the most alluring thing about a woman is her confidence. Beyonce definitely embodies what a confident woman looks like…
Is it just me or is it sexy that Beyonce is saying these things???

After keeping track of 40,000 homes over 20 years for the “Understand Society” study they are ready to tell us all how to live happily ever after.

All you need is the following –

# Be fairly well off

# Be in a relationship for less than five years

All of these seem pretty obvious though? I think the tax payers want the $80,000,000 that was devoted to this study back!

who do u think is right?

Man Slaps Fire Out Of A Youngin For Trying To Step Up!

Man Slaps Fire Out Of A Youngin For Trying To S…, posted with vodpod

Tagged as Fire, Man, Man Slaps Fire Out Of A Youngin For Trying To Step Up, Out!, Slaps, Step Up, Trying, Youngin

Model Camille Talks About Why She Put Out Naked Pictures Of Yung Berg!

Model Camille talks about why she put out Yung …, posted with vodpod

Tagged as About, Camille, model, Model Camille Talks About Why She Put Out Naked Pictures Of Yung Berg, Naked, Out!, Pictures, Put, She, Talks, Why, Yung Berg

Fight Breaks Out Between Rocafella A&R & Oschin…, posted with vodpod

Brawl Breaks Out In Stands Between Mississippi State Basketball Players!

When Teammates Attack!! Brawl Breaks Out In Sta…, posted with vodpod

LMAO: Check Out The Future Of Track And Field!

LMAO: Check Out The Future Of Track And Field!, posted with vodpod

Young Jeezy Pass Out Gifts To Atlanta’s Youth For The Holidays!

Face Off Leads To All Out Brawl Between 2 Hockey Teams!

Face Off Leads To All Out Brawl Between 2 Hocke…, posted with vodpod

Tagged as 2, Between, Brawl, Face Off, Face Off Leads To All Out Brawl Between 2 Hockey Teams!, Hockey, LEADS, Out!, Teams, {All

Katy Perry believes it’s ok to flaunt your sexual assets, just not too much.

The 26 year old California babe, who was raised in a strict Christian household, with two pastors as parents told Rolling Stone recently that, “speaking in tongues is as normal to me as ‘Pass the salt..’ It’s a secret, direct prayer language to God.”

These days she’s making tongues wag in a much different way. With hot concert performances and photo shoots like the one below for Loaded magazine.

“I think there’s a fine line between being a sl*t and being classy. I think I walk in between that line,” she tells the mag.

Ok Katy, whatever works for you.

Kanye West enjoying himself at the Elton John concert in Hawaii. They were definitely trying to keep a low profile until Elton John gave Kanye a shoutout and said, “Kanye is One of the Best!!!”

Kim Kardashian was the lovely “surprise celebrity” Grand Marshal of the Seminole Hard Rock Winterfest Boat Parade in Fort Lauderdale, FL last night.  Before the parade she took a few minutes to pose for pictures at the hotel’s Council Oak restaurant.    Kim looks great, but the way she’s holding that guitar won’t convince anyone that she’s a hard core rocker!

Tagged as Kim Kardashian, Out!, Rocks

more about “Katt Williams Speaks Out On Wal-Mart …“, posted with vodpod

Tagged as Incident, Katt Williams, on, Out!, Speaks, Wal-Mart