A California judge has issued a warrant for his arrest for failing to appear at a hearing regarding past-due child support. Court sources confirm the warrant was issued on Nov. 1 after T.O. was a no-show in family court where Monique Reynolds was trying to force the football star to finally cough up thousands of dollars in unpaid child support. Owens who’s gone public about his dire financial situation had previously petitioned the court to lower his payments to Monique but the judge denied his request because he was M.I.A. during the court hearing. T.O.’s rep claims the football star tried to reschedule the court date when he knew he wouldn’t be able to make it but Monique refused to budge.His rep tells , “The warrant is currently being taken care of.”

OAKLAND, Calif. – Al Davis, the Hall of Fame owner of the Oakland Raiders known for his rebellious spirit, has died.

The team announced his death at age 82 on Saturday.

It was not immediately clear when and where he died.

Terrell Owens Breaks Down In Tears Over His Bad Financial Situation

Michael Vick who just signed a 6-year deal with the Philadelphia Eagles worth $100 Million dollars it was reported by ESPN.

The Eagles designated Vick with their franchise player tag before the lockout and had until Sept. 20 to sign him to a multiyear contract.

Under the franchise tender, Vick was set to earn about $16 million this year. He once had a $130 million deal with the Atlanta Falcons that was the NFL’s richest before losing two seasons of his career while incarcerated for 18 months in a federal prison for dogfighting.

Drew Rosenhaus Discusses The Impact Of Lockout On Free Agency! 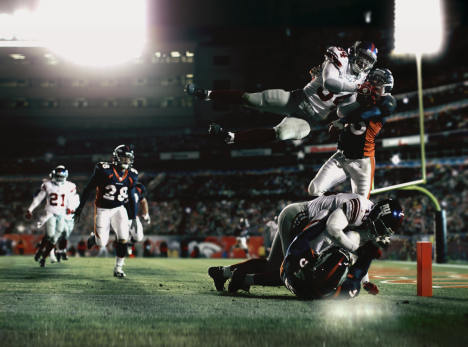 “Do this research if we don’t have a season,” he told ESPN. “Watch how much evil, which we call crime, watch how much crime picks up, if you take away our game,“

The Sporting News just published the names of 20 NFL players who have been arrested in the 120 days since the owners locked the players out.

Check out the list of NFL players who have been arrested since the lockout began on March 12. 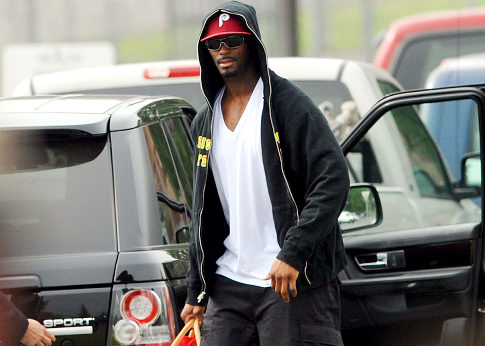 Former Pittsburgh Steelers and New York Giants wide receiver Plaxico Burress was released today (June 6) from prison after serving 21 months for one count of attempted criminal possession of a weapon in August 2009. After accidentally shooting himself in the leg in a nightclub the previous November

The 34-year old former NFL star will now try to get his life and career back on track.

Slap in the face to the N.Y Giants he’s wearing a philly hat you know what that means….