It’s only been a week since Lauryn Hill gave birth to her new son, but that didn’t stop her from performing at the LA Rising festival this past weekend.

Mom Son Killed In A Hit & Run Could Face Jail For Jay Walking!

The devastated mother of a 4-year-old boy who was killed in a drunken hit-and-run accident is facing more jail time than her son’s killer because she was jaywalking during the accident.

Raquel Nelson, 30, could get up to three years behind bars after being convicted on July 12 of second-degree vehicular homicide, reckless conduct, and failure to use a crosswalk during the incident in April 2010.

Nelson and her three children had gotten off a bus in Marietta, Ga., after a shopping trip. They were hurrying across a four-lane highway when drunken ex-con Jerry Guy plowed into the family with his van, killing 4-year-old A.J.

Guy, who already had two other hit-and-run convictions, pleaded guilty last year and has already served six months in the slammer.

He was released on Oct. 29 and he’s on probation for five years.
Nelson will be sentenced on Tuesday.

“I’ve had to accept that he’s gotten six months,” Nelson said Monday in an emotional interview on NBC’s “Today” show. “There’s nothing I can do about it.”

“I’ve had to forgive that portion of it. However, I think to come after me so much harder than they did him, it’s a slap in the face. This will never end for me,” she said.

It’s no secret that Mama Jones isnt a fan of Jim Jones fiancee’ Chrissy. But now this might be taking it too far. Mama Jones is in the process of recording a diss record against her future daughter-in-law. 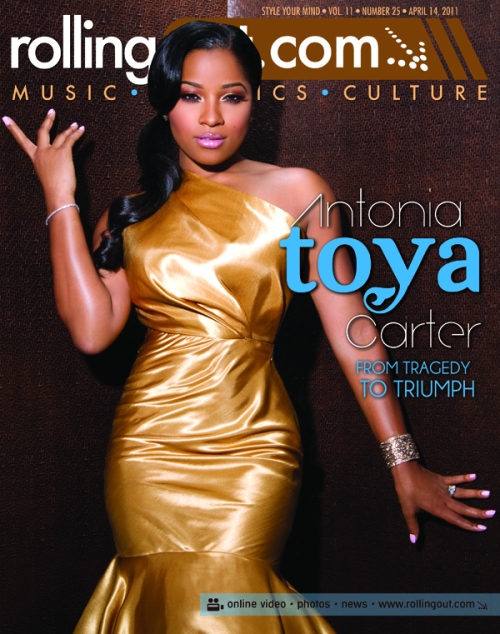 Antonia “Toya” Carter is the latest celebrity to cover an issue of Rolling Outmagazine and in it, speaks on motherhood and her new reality show.

And according to Toya , the program that goes in depth about her mother’s drug problem and her strained relationship with her previously incarcerated brother is both a gift and a curse.

While she enjoys having people relate to her, she’s weary of people who feel like they really know her on a personal level.

She tells Rolling Out,

“It’s a gift and a curse, but a blessing. People feel like they really, really know you. So you get the weirdos who come up to you, ‘Oh, you looking for love? I can help you with that,’ and ‘Lil Wayne’s crazy’ and this and that. The plus side is you get to meet people who genuinely give you this love and open up to you … so it helps people.”

Toya also spoke on her daughter Reginae Carter who viewers have watched grow before their eyes.

According to Toya, having her daughter at 14 allowed them to ‘grow up together’ hence why Lil Wayne’s daughter is so ‘grown.’

“When you have kids at a young age, your kids tend to grow up with you. So, as I was learning, she was learning, which is why she is wise beyond her years. People see my daughter and say, ‘She is so grown.’ We were learning together. I couldn’t just put her off on everybody. That didn’t stop me from being a mother. I told her when she was born, ‘I’m going to give you all I didn’t have and more.’ … Love your kids … listen to them, hear them out. People say, ‘If you didn’t have it, you can’t give it,’ but that’s not true. I didn’t have [anybody], but I’m trying to be there for my daughter. [I tell her to] talk to me because I didn’t have [anyone] to talk to.”

Rachel Anne Hachero Pistol-Whips Mom & Holds Gun To Head So She Could Get Used Car! 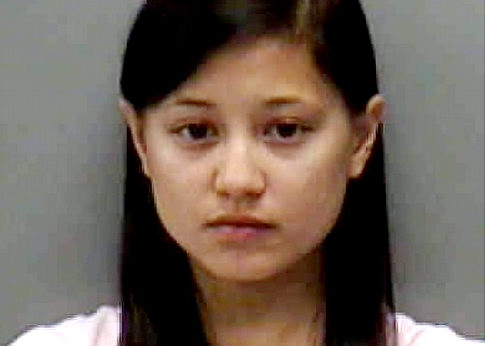 An Ivy League-bound teen who wanted a new car, pistol-whipped her mother and pointed a gun at her head when she refused to buy the ride, authorities said.

Rachel Anne Hachero, 17, had demanded her mother co-sign for a used Nissan 305Z and threatened to kill her when she said no, said Florida police.

The next day, Hachero came home with a 9 mm handgun, hit her mother on the head with it and put the barrel to her temple, insisting they go to the dealership together, The Naples Daily News reported.

With the gun in her purse, Hachero drove her mother to the lot in Fort Myers, Fla., where she agreed to sign for the car.

Hachero is an honor student at a prestigious local high school and had been written up in the local papers for her exemplary record as a student.

One report said she had been accepted to several Ivy League schools on scholarship.

Hachero’s mother later searched her daughter’s purse and discovered the gun alongside drugs and paraphernalia and called 911, authorities said.

When she was arrested Thursday, police determined the gun had been stolen from a port authority employee’s house.

Hachero’s mother declined to press charges, but deputies arrested her anyway and she was placed in juvenile detention.

According to bossip.com, Kordeza Zhelyazkova, an 11 year old girl from Bulgaria, just gave birth to her daughter, making her the world’s youngest mother. Flip the hood for more on this rare story.

While Kordeza and the baby are healthy and in high spirits, Jeliazko, the 19 year old father of the child, now faces six years in jail for having sex with a minor. The father says that he was fearful and really scared when he found out Kordeza was pregnant. He says they didn’t plan to have sex or a baby although he fell in love with Kordeza the moment he laid eyes on her.

He rescued the eleven year old from bullies who were bothering her at school. After which Kordeza arranged to meet the 19 year old young man and asked him out on their first date. The father of the 19 year old says he thought the girl was 15 and didn’t tell him she was 11. Here’s what Kordeza has to say about being a mom:

‘It feels strange to be a mum and have a baby. I used to play with my toys but now she is my new toy. She is so beautiful, I love her. Violeta is the child and I must grow up. I am not going back to school – I am a mother now.’