Jim Jones Gets Jump By Security @ The Foxwoods Casino! [Video] 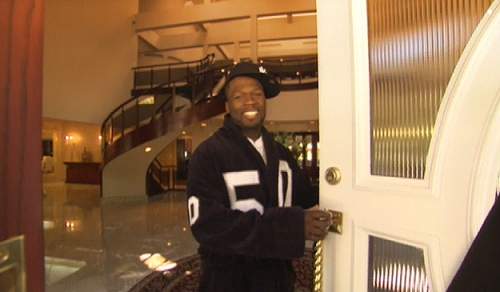 50 Cent is facing a lawsuit from a woman that claims she was assaulted at the Queens rapper’s Connecticut mansion.

In the suit, Ortiz claims in August 2009 that she was beaten by 50 Cent’s associate Dwayne McKenzie, while visiting the rapper’s home.

Ortiz says her and her friends were invited to Fif’s mansion around 1:30 A.M.

After arriving at the home, Ortiz claims she was accosted by Dwayne McKenzie with “awkward sexual requests.”

When she refused and attempted to leave, Ortiz claims McKenzie ordered a woman, Michelle Krzykowski, to attack her.

Ortiz says she was only able to escape after pepper spraying McKenzie and Krykowski.

She was then rushed to the hospital were she need nearly a dozen stitches to close a head wound she received during the altercation.

She now claims the incident left her with injuries to her nervous system and other areas of her body.

It is unclear if 50 was at the residence during the incident but Ortiz puts the blame on the G-Unit CEO for failing to provide a “proper investigation into Dwayne McKenzie’s background before allowing him to act as an agent and employee of the defendant, G-Unit, at the mansion.”

McKenzie has a criminal record that includes unlawful discharge of a firearm and one count of reckless endangerment.

He was also arrested in 2008 for hitting a woman with a belt at 50 Cent’s mansion.

He might hit on the first date, if only he could find the right spot. 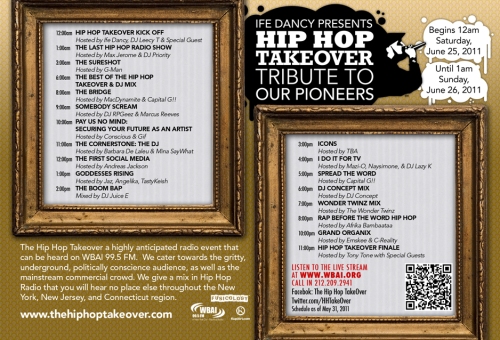 Set your radio dial to 99.5FM WBAI because this will be the hottest thing this summer!!  The Hip Hop TakeOver, one of WBAI’s popular yearly specials, is taking you back in time.  If you don’t know about hip hop’s history, then hear from hip hop’s pioneer’s, legends, and icons.

Joining us will be the iconic Afrika Bambaataa, DJ Tony Tone from The Cold Crush Brothers with special guest. Also hear past interviews from Sha-Rock from the Funky 4 + 1, Uncle Ralph McDaniels, and more. Know your history.  Know Hip Hop’s history.

The Hip Hop TakeOver is a marathon radio event that caters towards the gritty, underground, politically conscience audience, as well as the mainstream commercial crowd. We give a mix in Hip Hop Radio that you will hear no place else throughout New York, New Jersey, & Connecticut. Streamed live onwww.WBAI.org.

For the schedule and more information visit www.TheHipHopTakeOver.com or call 212-209-2941.

SELL the house. KEEP the Spouse.
Dick and Dana use some smoke and mirrors to show their home to potential buyers. It’s practically foreplay.

“OPEN HOUSE” is Episode #3 of “Random Comedies” a six-episode webseries of unrelated comic shorts. For the serial web surfer craving smart comedies without back-story, the creators of A SERIES OF UNFORTUNATE PEOPLE and ROAD TO THE ALTAR bring this hilarious mash-up. New episodes air every Monday, accompanied by juicy extras. This episode stars: Michael Urie, Leyna Juliet Weber, Randall Park, and Jae Suh.

Young Boy Gets Smack Down During Prom Weekend For Talking To Much!

Mom Arrested For Stealing An Education For Her Son! 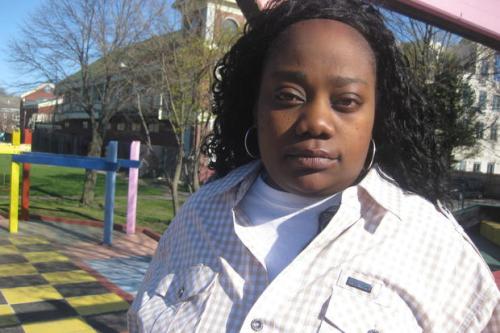 Connecticut authorities have filed charges against a homeless mother for enrolling her 5-year-old in a higher-income elementary school using a false address. Tanya McDowell, a homeless, single mother, who at one time worked in food services, is accused of registering her young son in a school that he is not eligible to go to. If convicted she could face up to 20 years in jail and pay a $15,000 fine for the crime.

Other reports say the mom wasn’t really homeless just living in another town with a worse school, either way she decided to use her friends address.

If you were the judge and the jury how would you rule?

The Life In Times Of Young Gliss [Pt. 2]

The Life In Times Of Young Gliss [Pt. 2] , posted with vodpod

Diddy won’t stop, he is currently on tour and still getting his acting on.

Behind The Unsigned: A New Series by Otto Willi…, posted with vodpod

Check Out This Up & Coming Artist Named Man-u-iLL From Connecticut. He’s part of a new reality show called, “Behind the Unsigned” which is basically a “Behind the Music” for those on the come up.

He’s also releasing His fourth project Within the next couple weeks, “Who’s Man-u-iLL Pt2” (You Should Already Know) which will be hosted by legendary Dj’s Doo Wop & Tony Touch with features from Ali Vegas, kinetics & others. Be On The Lookout For That Project Soon…….

Tour Bus Driver In Horror Crash That Left 15 Dead Had Already Been Jailed For Manslaughter! 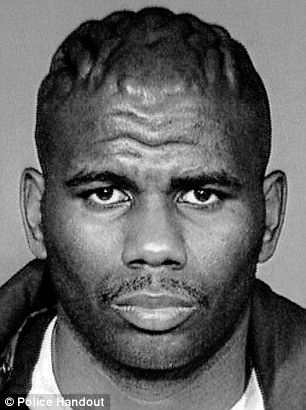 The driver of a bus which crashed in New York City at the weekend – leaving 15 passengers dead – had previously served two years in jail for manslaughter.

Ophadell Williams was initially charged for second-degree murder in the 1990 stabbing, but it was later downgraded to manslaughter, according to state records.

He spent another three years in jail from 1998 to 2008 for grand larceny after he took a  $83,905 cheque from a Police Athletic League fund, according to Linda Foglia, correctional services spokeswoman.

State officials also revealed Mr Williams should never have been allowed to get behind the wheel because of a driving suspension and several traffic violations.

He was ticketed in 1995 for speeding and twice for driving without a licence, giving police the alias of Erik Williams.

His driving privileges were suspended – meaning he was not legally allowed to drive in the state – after he failed to address the charges.

The revelations prompted New York state governor Andrew Cuomo to launch an investigation into how he was able to hold a valid commercial driver’s licence at the time of the crash.

Investigators are now piecing together Mr Williams’s trail by matching Social Security numbers of traffic stops under different names, according to officials. They were speaking on condition of anonymity because of the sensitivity of the investigation.

Mr Williams also had an incomplete log book, a requirement for commercial drivers, they said.

Investigators zeroed in on the driver’s record after passengers and witnesses contradicted Mr Williams’s story that his tour bus was clipped by a tractor-trailer. He was driving 32 people, mostly from Chinatown, back to New York after a trip to a casino in Connecticut.

A 70-year-old passenger died yesterday morning at St. Barnabas’ Hospital in the Bronx, bringing the death toll to 15. The bus was sheared in half by a sign pole after overturning on the highway, killing and maiming passengers. 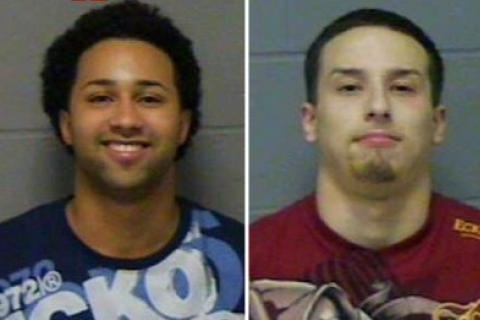 One was found in the closet drinking wine.

Alexander Hernandez and Santos Padilla have been arrested for the breaking and entering of 50 Cent’s mansion in Connecticut. Both had marijuana in their possession when arrested and are being held on $50,000 bail. Hernandez paid his bail but was handed over to another police department who wants him for an outstanding warrant.

As we reported, 2 burglars broke into 50 Cent’s Connecticut Mansion and were caught hiding in the closet drinking wine, Well now TMZ reports:

The guys who were arrested inside 50 Cent’s Connecticut mega-mansion weren’t trying to steal anything — they just wanted to get hammered in the lap of luxury … at least that’s what they’re telling people.

TMZ spoke with the sister of Alexander Hernandez — the guy who was found drinking wine in Fiddy’s closet when cops arrived yesterday — who tells us Alexander is claiming he and the other suspect just wanted to “hang out” at 50’s place because they’re both huge fans.

She adds … Hernandez is claiming he never tried to steal anything from inside the house — they only wanted the “thrill” of getting inside.

As we previously reported, cops say both men were inside Fiddy’s pad — and in possession of weed — when police responded to the home.

Alexader’s sister also tells us family members are concerned about her brother — because he’s still in police custody and could possibly miss his newborn baby’s first Christmas.