According to reports, 13-year-old Jimmell Cannon was in serious to critical condition after being shot eight times by Chicago police officers, who said the boy was holding a BB gun.

Police brutally and overaggressive behavior seems to continue across the country. 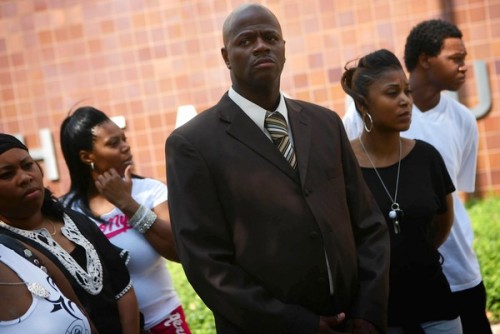 Police said they were called to the area at about 11 p.m.

They saw the boy, who matched a description. Police said he had a weapon and refused to drop it when police told him to.

The boy’s parents, Kenyatta Cannon and Jimmy Porter, said the boy wasn’t holding anything and had his hands in the air when he was shot.

They said their family was attending a birthday party at Kenyatta Cannon’s mother’s house Monday night and Jimmel’s little brother was with him when the shooting happened.

Jimmel’s parents said the boy was supervised at the time of the incident, as well.

With varying sides to this story, we’ll have to see how this story develops, and pray that 13-year-old Jimmell Cannon pulls through.

This shooting comes a week after police in Oakland shot and killed a man over a $2 bus fare.

SMH: Little Girl Falls Out A Moving Car Into The Middle Of The Street!

SMH: Little Girl Falls Out A Moving Car Into Th…, posted with vodpod 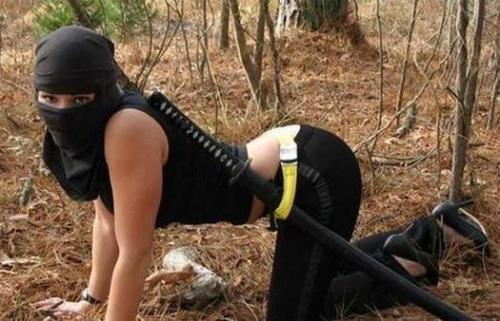 Police are on the hunt in Chicago for an assailant they say attacked a 44-year-old man with nunchucks and throwing stars in what they’re calling a “booty-call” ninja attack.

According to The Chicago Sun Times, an unidentified man called authorities to report that he’d been assaulted by his ex-girlfriend after inviting her to have a late night rendezvous.

“Upon arrival, officers found the man drenched in blood,” police said. “He said he’d called his ex-girlfriend and asked her to come over for sex. She agreed to come over.”

Authorities assert that the ex-girlfriend—Katherine M. Casarez, 29, texted the victim that she was in a nearby alley and had him come out to meet her.

That’s however when things took a turn for the worse.

The man was rushed to the hospital for his injuries and Casarez was arrested after admitting to the attack with help from her new boyfriend.

Police also report that two throwing stars — one stuck into a telephone pole, were found at the crime scene.

The new boyfriend is still wanted for questioning.

﻿With, “Lasers,” dropping Tuesday, Lupe Fiasco keeps the promo coming with a performance of, “The Show Goes On,” on the Jimmy Fallon show.