Vodpod videos no longer available.
A message from Busta Rhymes about how to get his new single “Why Stop Now Ft. Chris Brown” for free, and instructions for how to get yourself into the new music video.

Watch the video or go to http://www.youtube.com/spitlikebustarhymes for all the info.

Vodpod videos no longer available.
Busta Rhymes has signed with YMCMB. He joins an already crowded roster of artists. Hopefully he will a high priority for his new family.

There was an earlier altercation where at DJ was slapped in the face by a local crip member.

During the final take, they came back three deep and all three got beat up.

At the 2:09 mark you see one person getting jumped by at least 12 people.

After he gets stomped out, someone lets a shot off in the air and everyone runs for cover!

Glasses Malone was not directly involved in the fight or shooting.

Miami rapper Brisco, who is wanted by South Florida authorities on assault charges, released an official statement surrounding the allegation.

“At 12:00 today, news reports indicated that British Mitchell, a/k/a Brisco was wanted in connection with a June 30, 2011 incident involving an 18 year old.

Upon receipt of this information, Reginald Mathis contacted the City of North Miami Police Department and asked for the Detective in charge of this investigation.

Mathis was provided the name of Detective Steve Melvin and was transferred to Detective Melvin’s voicemail.

He left a message for Detective Melvin as well as any officer with information regarding this matter and thus far have received no response.

Mr. Mitchell remains ready and willing to cooperate fully with City of North Miami Police and expects to be fully exonerated.”

According to police, the rapper got into an altercation with an 18-year-old man last week, leaving the man unconscious and causing several other injuries.

New Orleans rapper B.G. was indicted by a federal grand jury on Thursday on gun and conspiracy charges.

U.S. Attorney Jim Letten said the former Hot Boy faces two counts of being a felon in possession of a firearm and one count of conspiracy to obstruct justice.

The charges stem from a 2009 traffic stop, where officers recovered three guns, two of the guns were reported stolen.

B.G. was arrested along with two others, Demounde Pollard and Jerod Fedison.

According to reports, B.G. conspired to obstruct justice by “inducing Demounde Pollard to sign a false affidavit attesting that Dorsey did not possess three firearms on Nov. 3, 2009.”

Letten stated that, both Pollard and Fedison have pleaded guilty in the case and are awaiting sentencing. 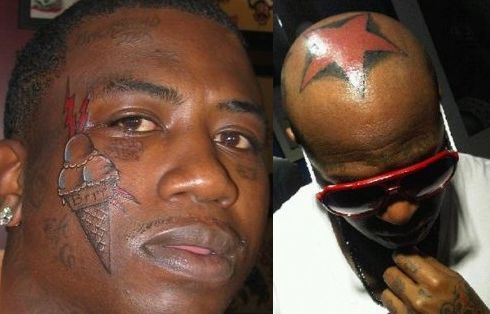 In addition to have an ice cream cone tatted on his face, Gucci Mane is down $20,000 after betting Birdman in the Falcons v.s. Packers game.

The Brick Squad member took to his Twitter page Saturday to announce that he would be putting $20,000 on his Atlanta home team and challenged his over 300,000 followers to bet against him.

“I got 20k on them dirty birds any body want this bet who like green bay.”

He later informed fans that Cash Money’s Birdman accepted his challenge and put money on the Green Bay Packers.

“My family @BIRDMAN5STAR jus hit me its a bet big dogg me with the birds stunna wit the pack let’s go!!!!”

Gucci has yet to speak on his defeat.

After being caught with headphones and an MP3 player charger this past May, Lil Wayne has been handed a delayed punishment for possessing the contraband materials in jail. The 28-year-old rapper will serve the final 30 days of his sentence on Rikers Island in isolation for up to 23 hours a day.

“He’s not in an area where he is mingling with other inmates—ever,” a Correction Department source tells the New York Daily News. He will have to forfeit his social activities until he gets off Rikers Island, and even when he is released from the isolation cell, he will still be segregated from other inmates.

Weezy, who will be sequestered in what Rikers prisoners call “The Bing,” will scale back phone calls to one personal conversation per week, but be able to enjoy a private recreation hour where he will be able to work out on his own.

The Young Money honcho is expected to be released from jail on November 4 followed by the “Welcome Home Weezy” concert the next day.
﻿