Webbie Talks About Saying He Has A Big D*ck At The BET Awards, New Album & More

DMX Ft. Swizz Beatz – “Its Over (The Dog Is Bac…, posted with vodpod

Singer, songwriter and actress Kelly Rowland is the latest celebrity to grace the cover of the Monarch Magazine.

Rowland spoke with Monarch editor, Kristen Rose-Anderson, to discuss her role as a judge on the British reality show, X-Factor, her new album and her charity–I Heart My Girlfriends.

Jennifer Williams Gets Herself A New Man! 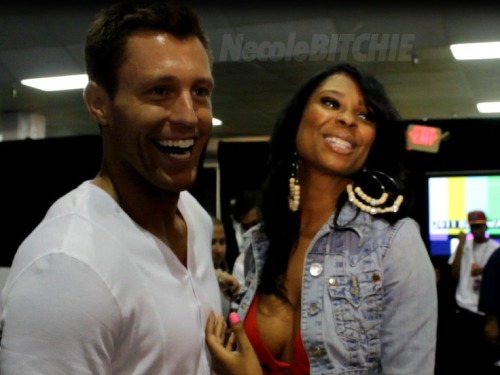 Basketball Wives star Jennifer Williams has officially filed for divorce from her husband Eric Williams. She filed the papers in her home state of New Jersey on Friday at the Hudson County Superior Court. She cited irreconcilable differences as the reason for the split. Jennifer wants alimony and an equitable distribution of their assets. The last years of their marriage has been documented on the hit show. The couple married in 2007.

Jennifer was spotted in L.A. over the weekend with a new guy. Jen was with the man at the BET Awards Radio Room and then later that night at Mr. Chows. According to Necole Bitchie, Jen started “blushing very hard” when she asked her about the guy and that “they looked very happy together.” His name is Lucas and he’s a celebrity trainer/nutritionist.

Jennifer is currently starring on the third season of Basketball Wives, which airs Monday nights at 8pm, on VH1.

Trey Songz – “Shoulda Been A Rapper” (Freestyle), posted with vodpod