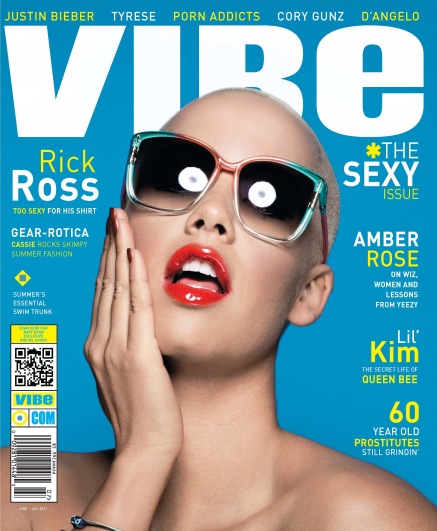 Amber Rose tweeted f*ck Vibe Magazine, for writing a negative cover story on her. Amber who graces the cover of Vibe Magazine’s June/July 2011 Sexy issue, spoke on her past relationships with Kanye West and Reggie Bush.  The interview suggested that Amber was still in love with Kanye and that Reggie Bush was just her rebound guy. She says the cover story was untrue and ridiculous. Check below for the excerpt from the interview and Amber Rose’s angry tweets.