Yelawolf Calls Out Machine Gun Kelly! ‘If You Want It, Come Get It’

The Shady Records Hall displayed everything from the early years of Eminem’s career to their latest signees Yelawolf and Slaughterhouse.

The official video is narrated by Paul Rosenberg, the label’s co-founder.

New Video: Yelawolf – Hard White (Up In The Cl…, posted with vodpod 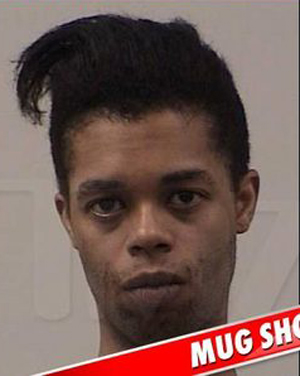 Antoine Dodson who rose to fame thanks to an accidentally funny news clip where he warned people to “hide ya kids, hide ya wife” was arrested on Saturday morning in Huntsville, Alabama on a charge of misdemeanor marijuana possession and also charged with speeding.  He has since been released and we’re sure he will be an even bigger YouTube sensation, whatever that means…..

Down in Alabama, a community is reeling after police report that a 14-year-old girl may have been the mastermind behind the gang rape of her classmate.

The unnamed minor told reporters that she and her friend arranged to have sex with three boys from their high school early last week, one of which was the minor’s boyfriend.

“The victim told police that the attack did begin as consensual contact but when all three suspects began to join in, she told them no repeatedly, but they did not stop.”

The victim required surgery for her injuries and was in intensive care for three days.

Investigators said the two girls left Monroe County High School with Steven Scott, 20, DeShon Riley, 16, and Justin Williams, 17, before the start of classes the day of the attack. They then took turns assaulting the victim. The minor claimed to not have been raped but a medical examination determined that she had intercourse as well.

The men took the two girls back to school where the injured girl sat in bloody clothes for hours until school officials called police.

I can’t keep writing about stories like this because it makes me so angry!!!!!

Where are the parents?! Where are the administrators that let this girl sit around for hours in bloody clothes before calling police?!

The fact that these idiots raped this girl and brought her back to school like nothing happened shows how sick and twisted these little boys are. Lock ‘em up for life! They deserve it!

And as far as the other girl…SMH….I have no words.

Tagged as Alabama, Arranged, Gang, Girl, Have, MAY, Rape